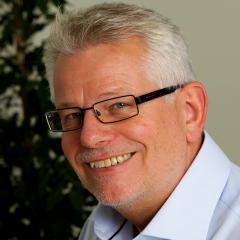 LONDON, UK – 25 October 2017: HUMAX has announced that Graham North, vice president sales, will leave the company at the end of October 2017. Following a period of ill health, North has decided to step down from his position.
North joined HUMAX UK in August 2005 and has been instrumental in numerous business successes in the UK, including steering HUMAX as a launch partner of Freesat in 2008, YouView in 2012 and Freeview Play recorders in 2014. On the business-to-business side, North played a major role in developing the company’s partnership with various leading operators across Europe.
Rob Peacock will take up the position of sales director for the UK from 1 November 2017, retaining responsibility for the UK operator business and taking on the overall responsibility for UK retail sales and marketing. Peacock has been with HUMAX since early 2007, where he started as a key account manager for the independent distribution channel.
Graham North said, “I have been lucky to work in such an exciting environment and have been a part of many new and innovative platform launches during my time at HUMAX. I’m confident that the company will go from strength to strength, with some fantastic new opportunities in the pipeline. It’s now time for me to hand over my responsibilities to other members of the team, in order to drive the business in new ways. I will certainly miss my valued colleagues, but will look forward to watching HUMAX grow in the future, and would like to express my gratitude to the management in the UK and South Korea for their support over the last twelve years.”
Rob Peacock said, “It is an honour to take on the challenges of the UK STB marketplace, and to steer and drive the business forward into new emerging market segments with smart products and improved customer experiences.”
Jeff Kim, president, HUMAX Europe, said, “We would like to thank Graham for his dedication to HUMAX over the last 12 years, which has resulted in significant growth in the business, and we will greatly miss his leadership and knowledge of the market. I’m sure the entire HUMAX team, and the consumer electronics industry, will join me in wishing Graham our sincere best wishes for the future.”